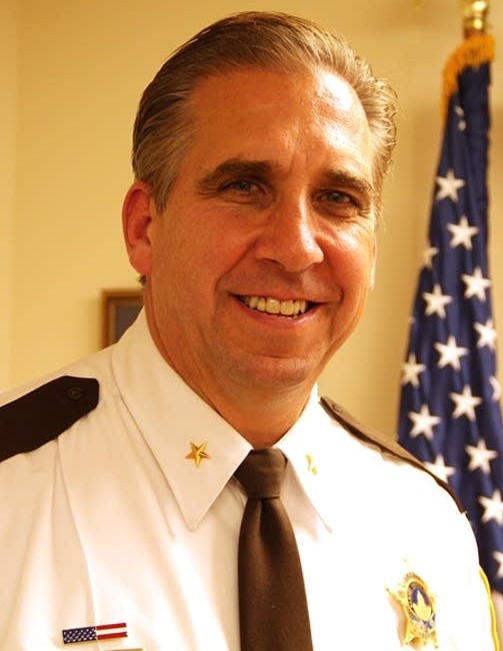 Bob Fletcher is a lifelong Ramsey County resident, coach, and volunteer.  A husband and a father of four, he is currently serving a fifth term as Ramsey County Sheriff.  Bob previously served as a Saint Paul Police Commander, Mayor of Vadnais Heights, and a two-term Saint Paul City Councilmember.  He is a graduate of North Saint Paul High School and Hamline University.

Bob was raised in Maplewood.  His parents—Bob Fletcher, Sr. and Delores Skoglund—grew up in the Highland Park and West Seventh Street neighborhoods of Saint Paul.  After Bob's father returned from serving in the Korean War, he proposed to Bob's mom and they later moved to Maplewood.  Growing up, Bob was active in sports and received All-Conference Honors in both football and wrestling.  Bob is also an Eagle Scout and graduate of North Saint Paul High School.

Bob attended Hamline University and graduated with a bachelor’s degree in Political Science and Government.  His summer job was serving as a lifeguard and swimming instructor at Silver Lake Beach.  Bob also played football and was selected as Captain of the Pipers his senior year.  He is a three-time Minnesota Intercollegiate Athletic Conference (MIAC) All-Conference Linebacker and recipient of the "Jerry Smith" award.

After graduation from the Police Academy, Bob began patrolling the streets of Saint Paul.  His first assignment was in the Midway-Como neighborhood.  Over the next 18 years, Bob worked a variety of assignments at the Saint Paul Police Department.  Earning two promotions, he served as a patrol sergeant, sex crimes/homicide investigator, burglary lieutenant, juvenile commander, and watch commander.

In 1994, Bob was elected to serve as Ramsey County Sheriff.  Over the next 16 years, the Sheriff's Office developed several new initiatives that included the Ramsey County Curfew Center and programs for youth literacy and athletics, safe schools, meth prevention, gang intervention, sexual offender and career criminal tracking, and counterterrorism.  The Sheriff’s Office also enhanced courthouse security, expanded citizen volunteer and engagement opportunities, and established a premier K9 Unit that went on to be national champions.

As Sheriff, Bob appointed the first African American to undersheriff, led outreach efforts with the Southeast Asian community, and was an early adopter of hiring for diversity.  He also spearheaded the building of the Law Enforcement Center, Adult Detention Center, and Patrol Station.  Community notification technology, real-time information sharing, and a records management system were also implemented.  Serious crime in Ramsey County fell by 20%.

Spending much of his life volunteering as a youth athletics coach, Bob has coached football, hockey, softball, and baseball for many years.  He was one of the original coaches for the "Night Moves" basketball program.  As Ramsey County Sheriff, Bob worked closely with General Vang Pao and leaders in the Hmong Community to improve the lives of Hmong Americans from 1990 until the general’s death in 2010.  Bob has also spent time working with the Somali community to promote cross-cultural understanding and ensure successful transition to living in a new count